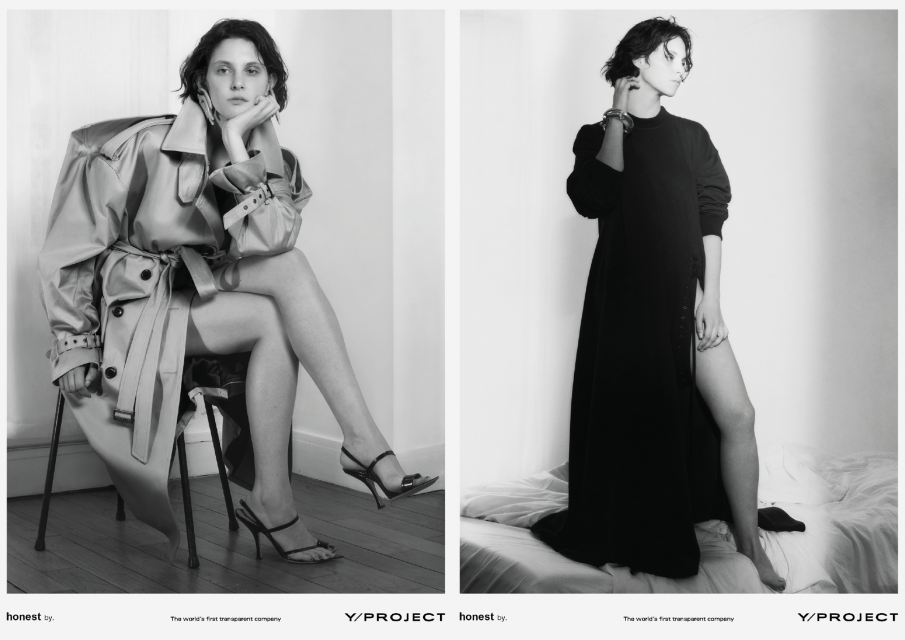 Each piece is made in France with GOTS (Global Organic Textile Standard) certified materials and responsible manufacturing processes, with every design element (from buttons, to linings, to hangtags) declared 100% transparent and directly traceable to its suppliers. Previous Honest By collaborations include Amelie Pichard + Pamela Anderson, Calla, Rombaut, and Nicolas Andreas Taralis.

“I have followed Honest By since it launched. To me it has always been one of the most ground-brea- king luxury brands in the industry. A lot of young, so called ‘hype brands’ are claiming they want to change fashion or break the industry. But only Honest By has challenged its core and has addressed that which really matters.” – Glenn Martens on Honest By

And the campaign is signed by French photographer Arnaud Lajeunie, who works with Y/project for many times now. And as usual, we are in love with pictures.