It was a Chanel Haute Couture collection that was as finely engineered by Karl Lagerfeld and the skilled petites mains of the house’s legendary workrooms as the giant model of the Eiffel Tower that rose above the sand-and-gravel runway into a dry ice–misted sky in the highest reaches of the dome of the Grand Palais.

Despite Europe’s heavenly summer weather of late, the show was held indoors at the same grand venue the designer has long favoured for all but his Cruise and Métiers d’Art shows – Paris’s Grand Palais. But the rocket ship star of last February’s ready-to-wear presentation was replaced with a replica of part of Eiffel Tower, pale gravel strewn on the ground replacing his usual shiny runway surface.

And then, of course, there were the clothes in all their voluminous glory, each capped off literally with a boater hat, the occasional bolero and throwback costume jewellery so synonymous with Coco herself, much like the flecked tweed fabrics that dominated the collection.

Volume was king through-out the 65-look looks, with texture (from feather and fabric) its queen. Dreamy full skirts in chiffon and tulle added romance to an otherwise structured collection of two-piece suits and tailored dresses. Likewise, balloon sleeves and tulip-shaped tea skirts were points of interest for the dark or at best neutral-toned collection, peppered with navy and the occasional rust or dark pink as token colour. (How very Parisian chic.) 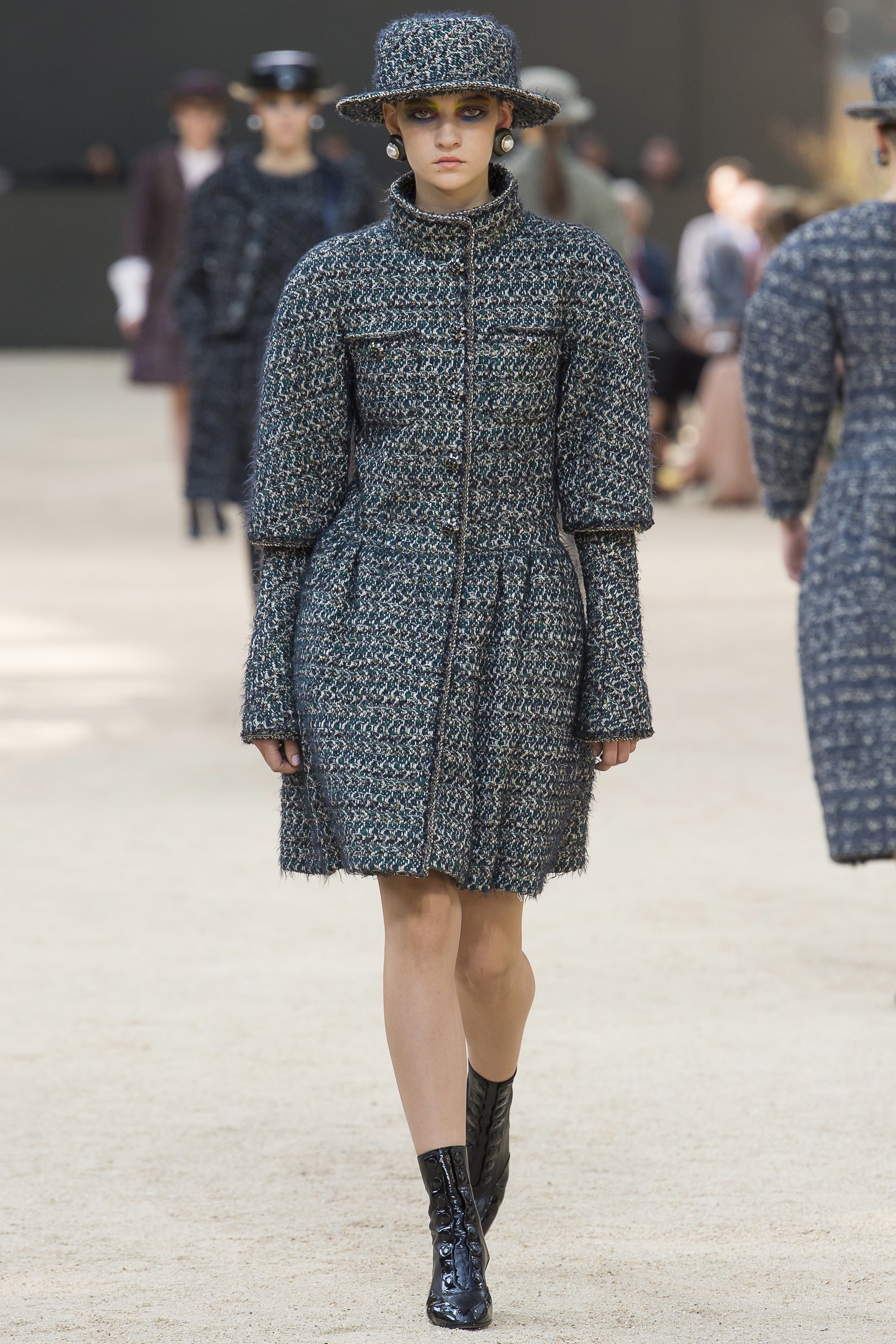 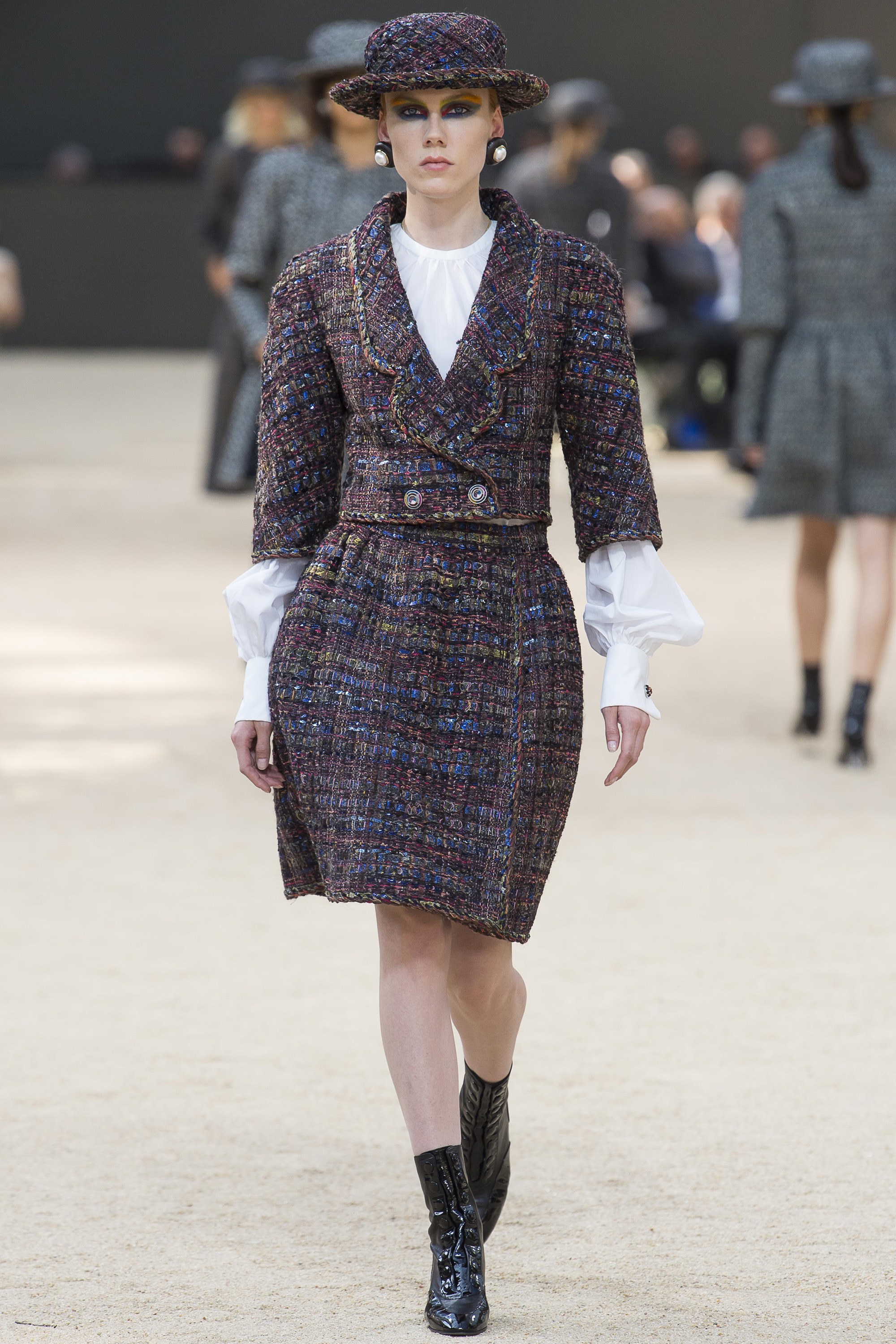 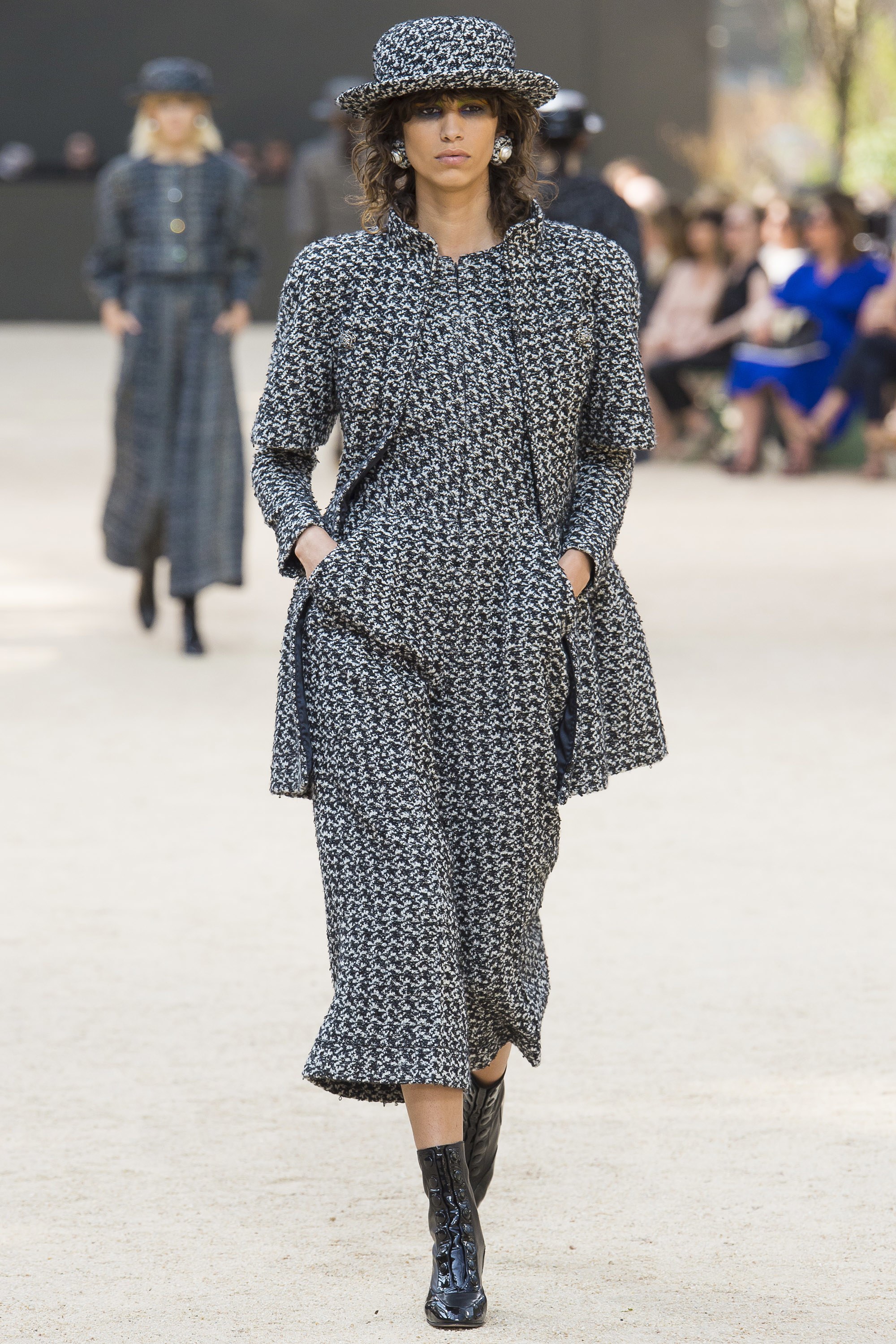 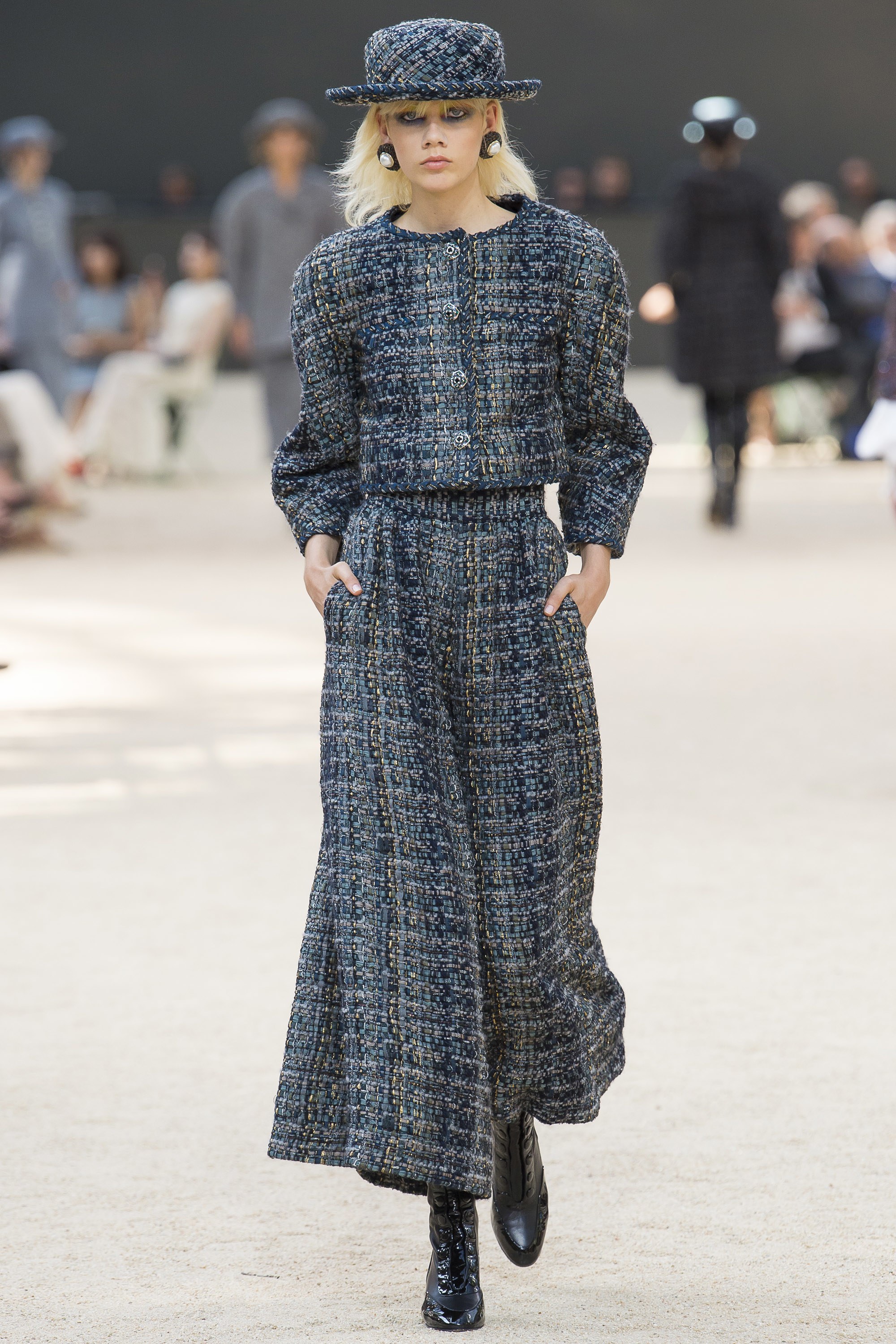 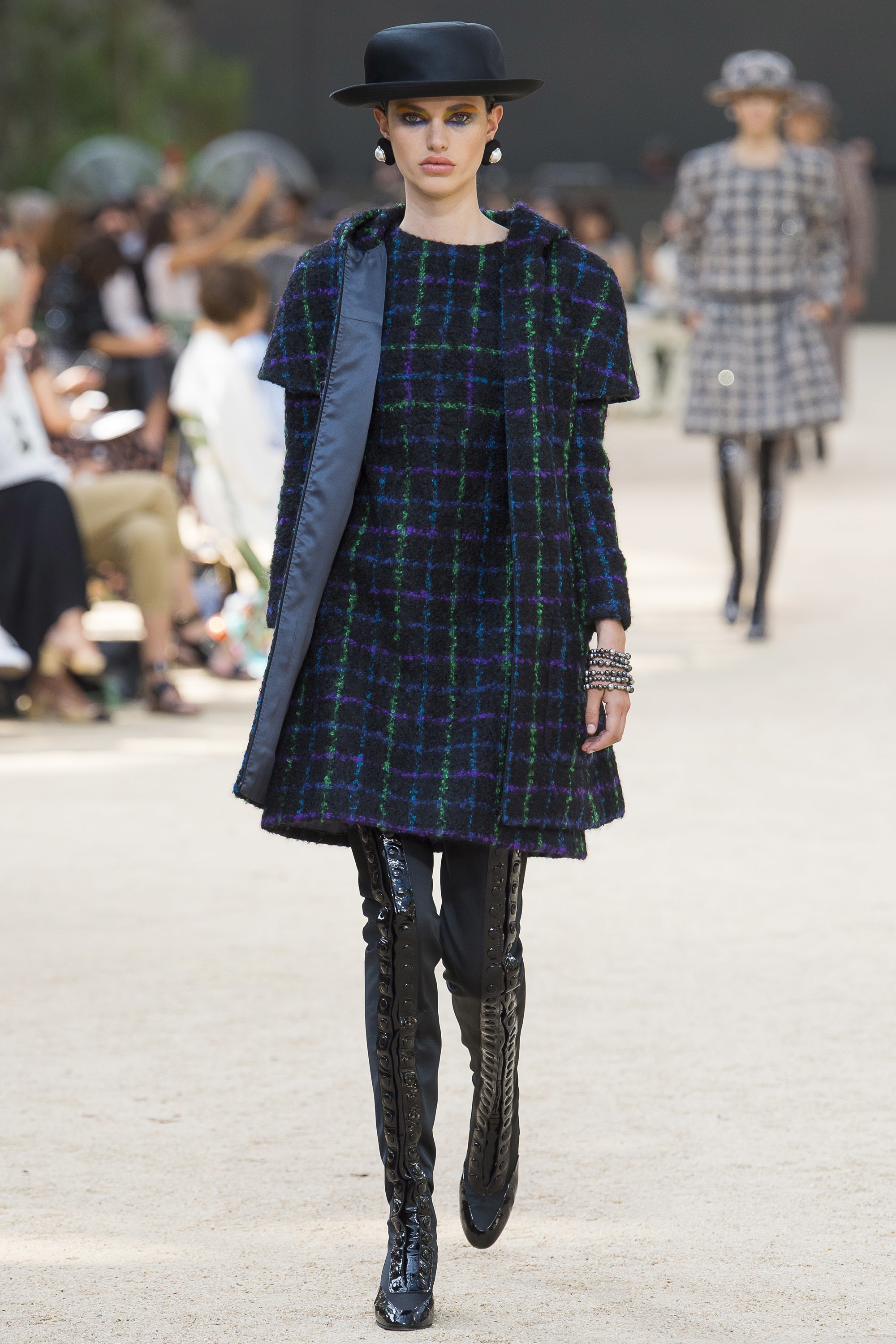 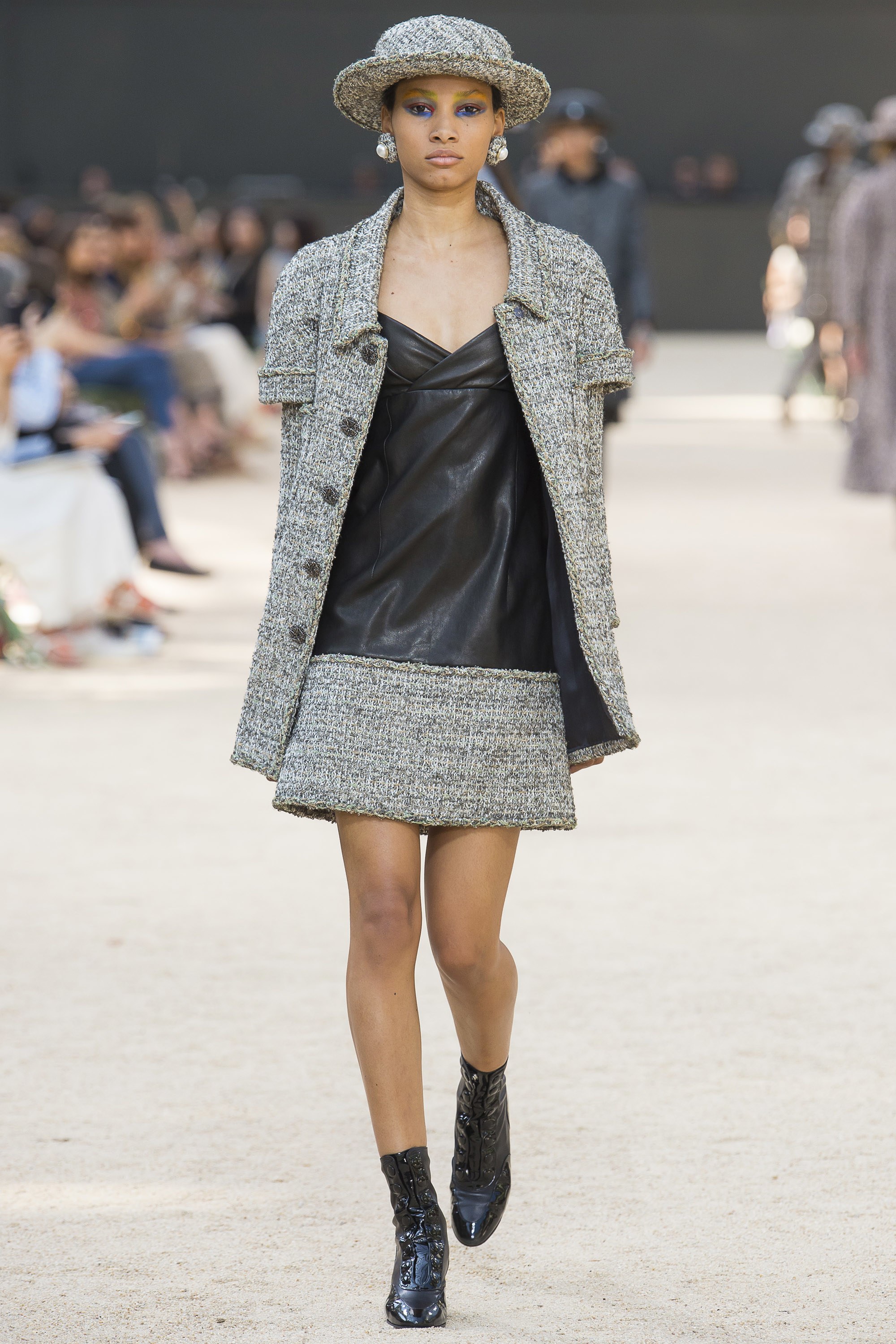 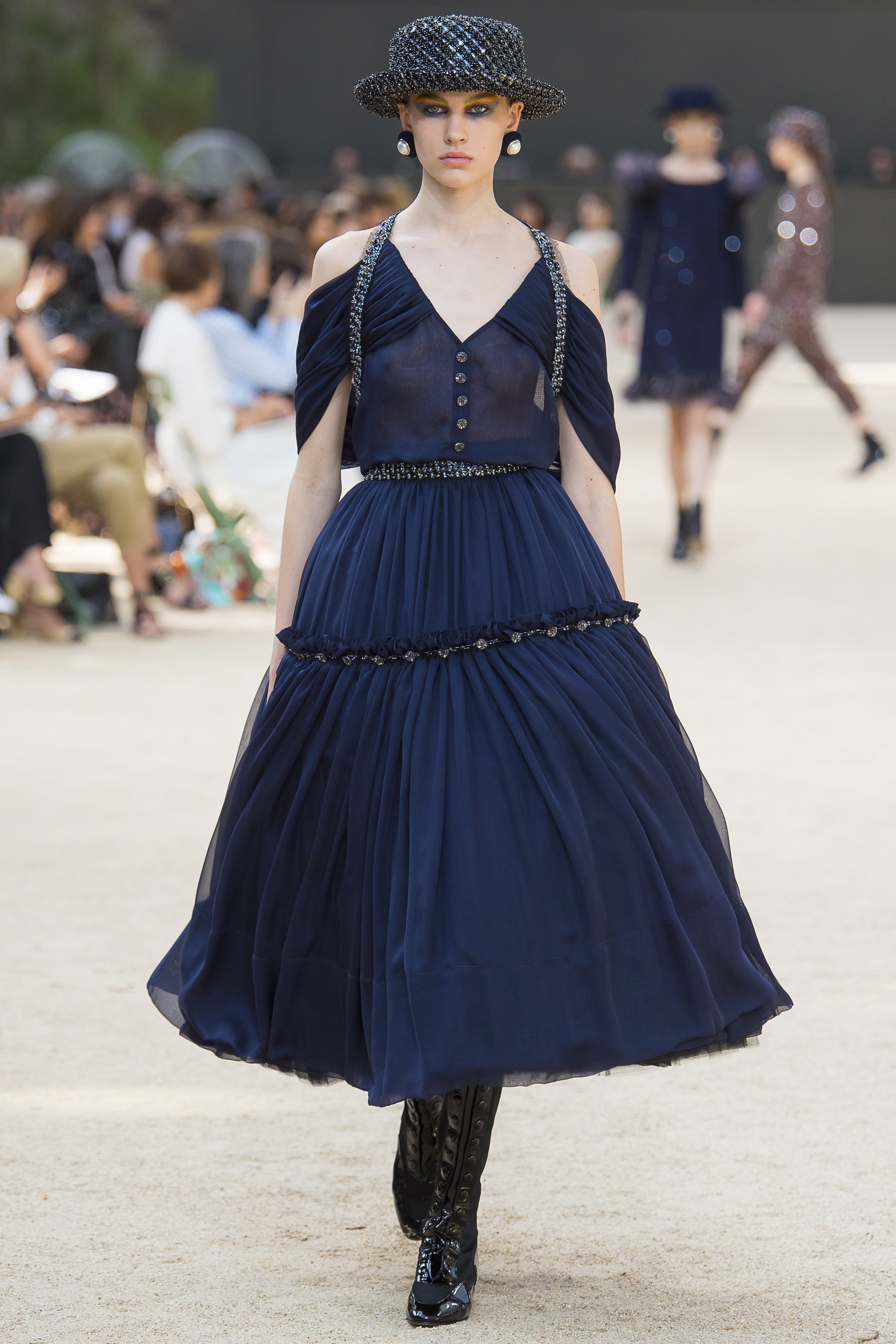 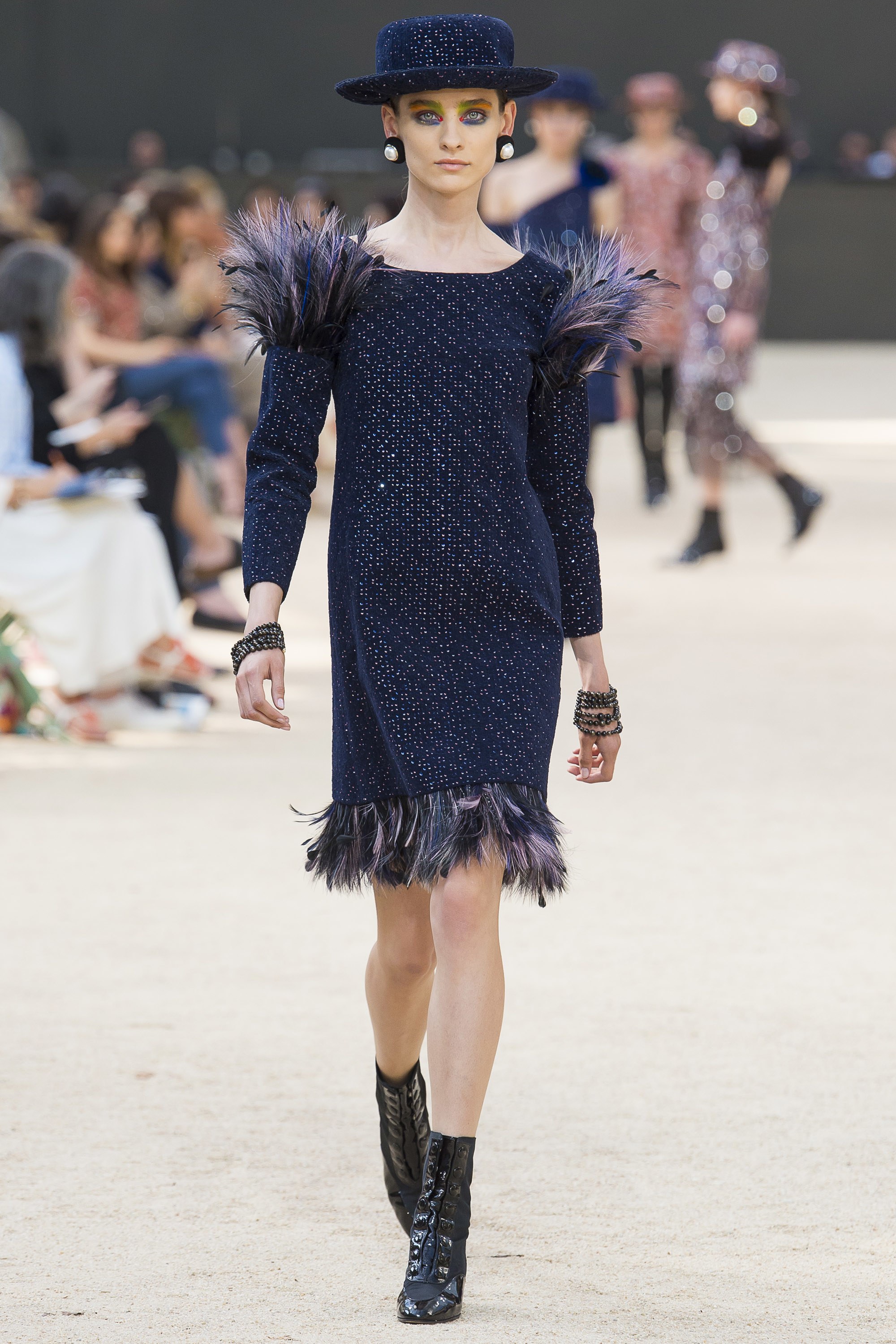 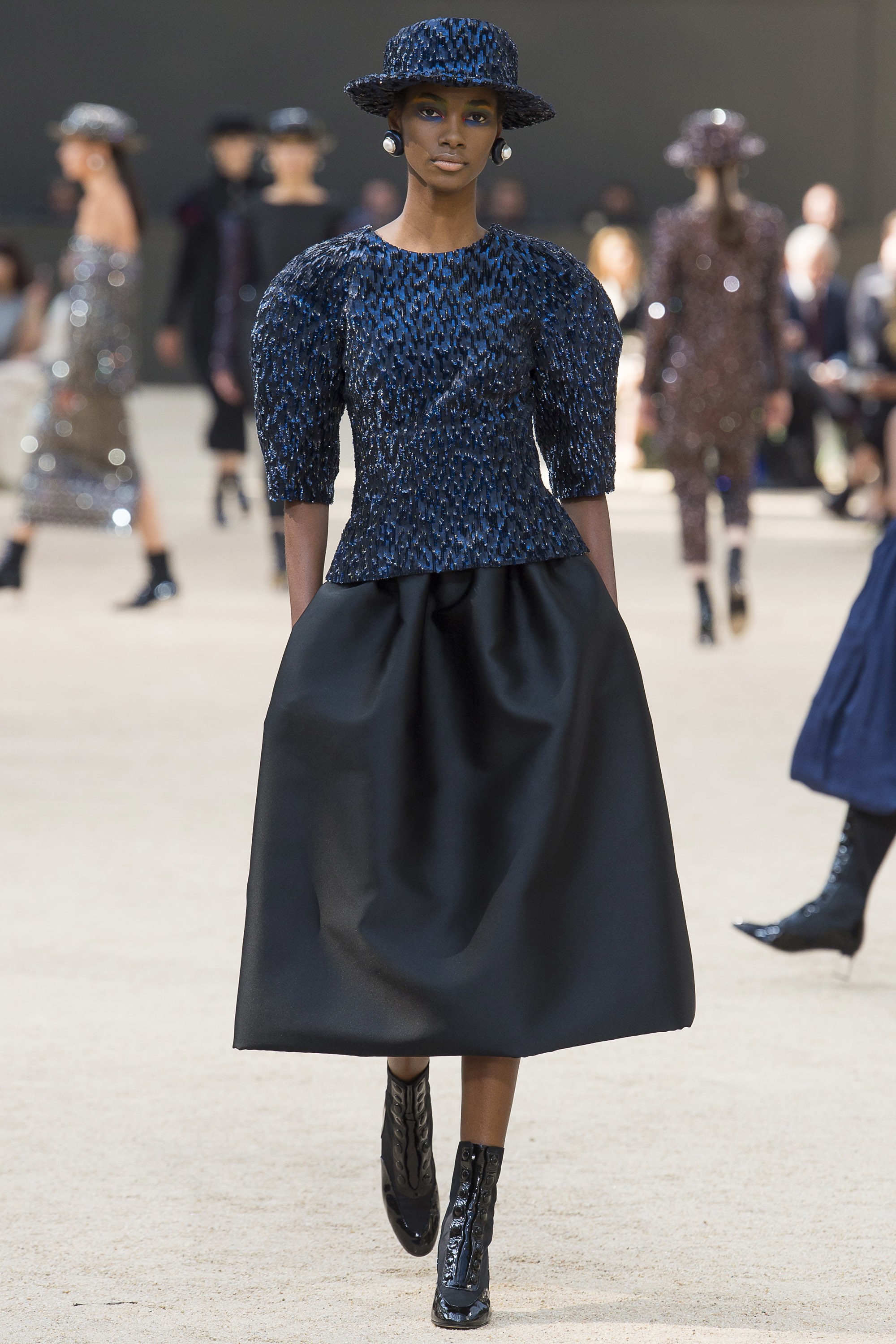 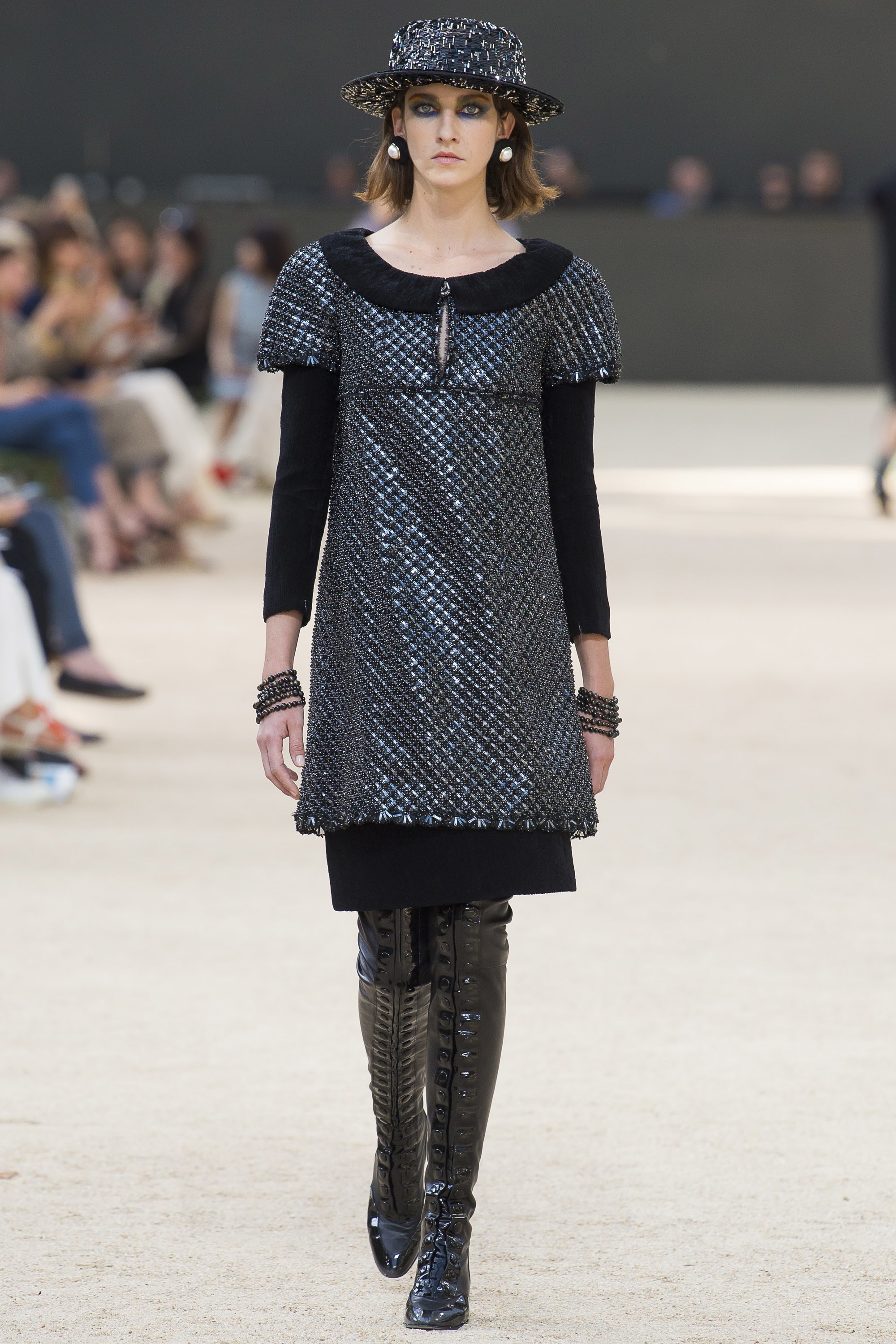 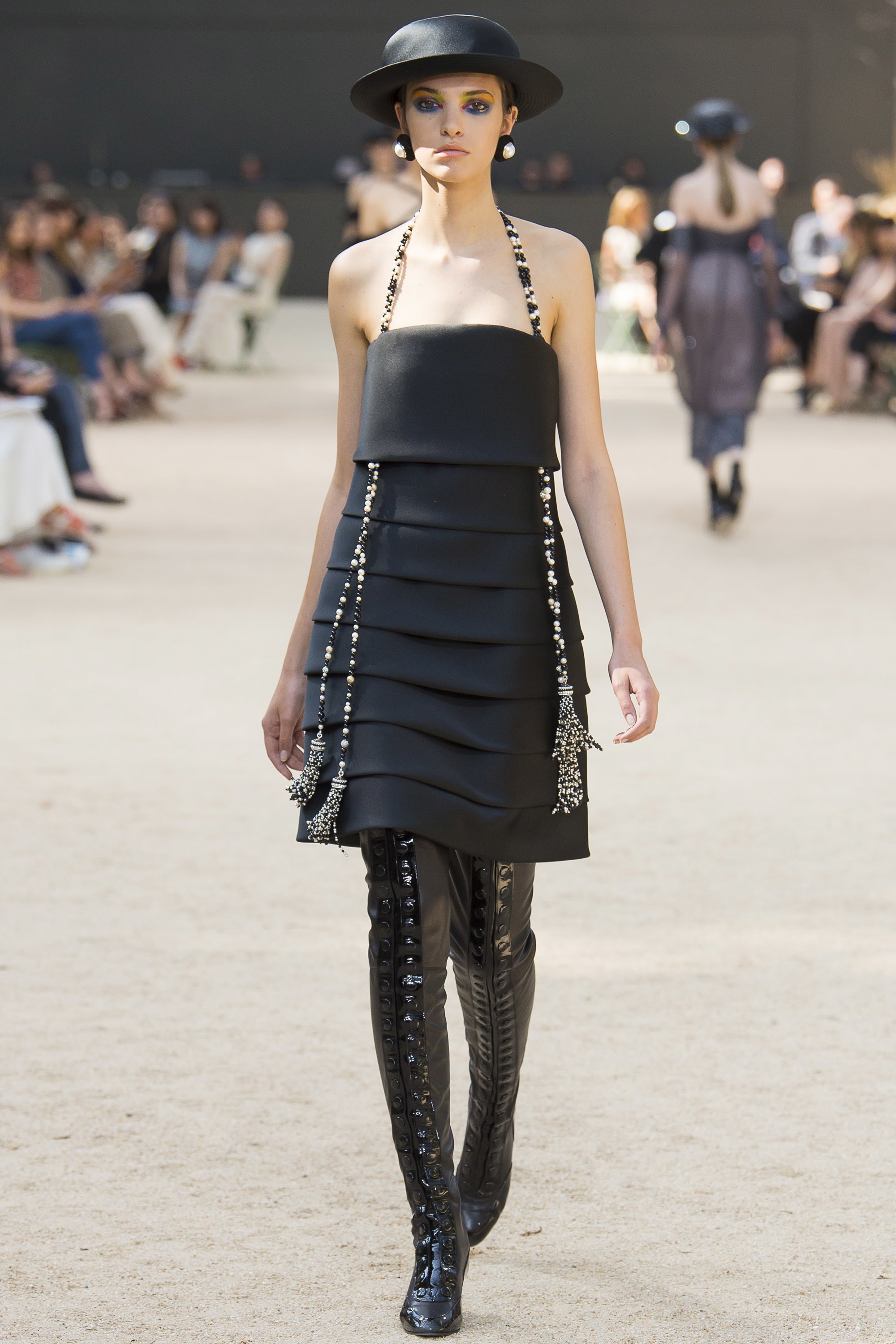 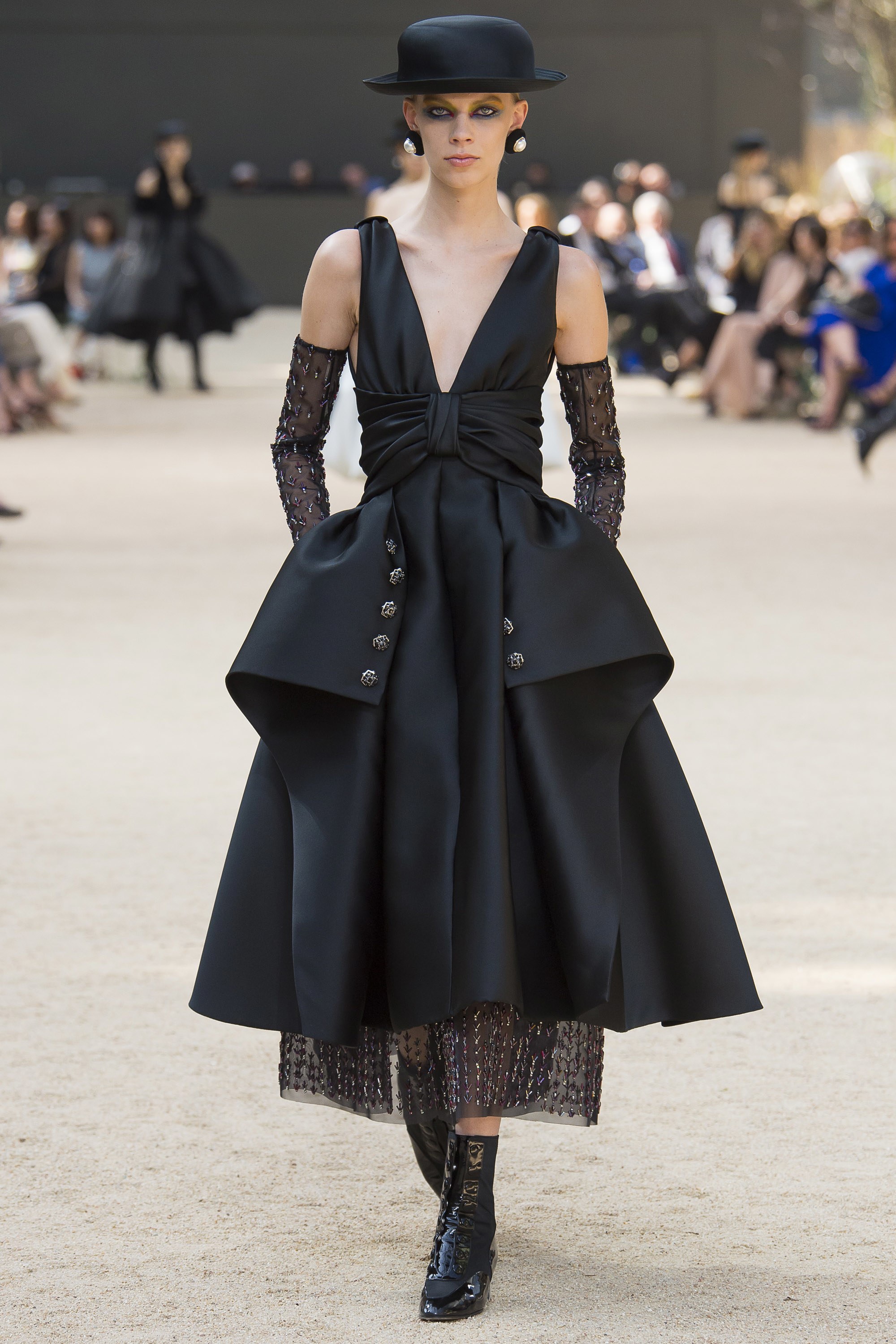 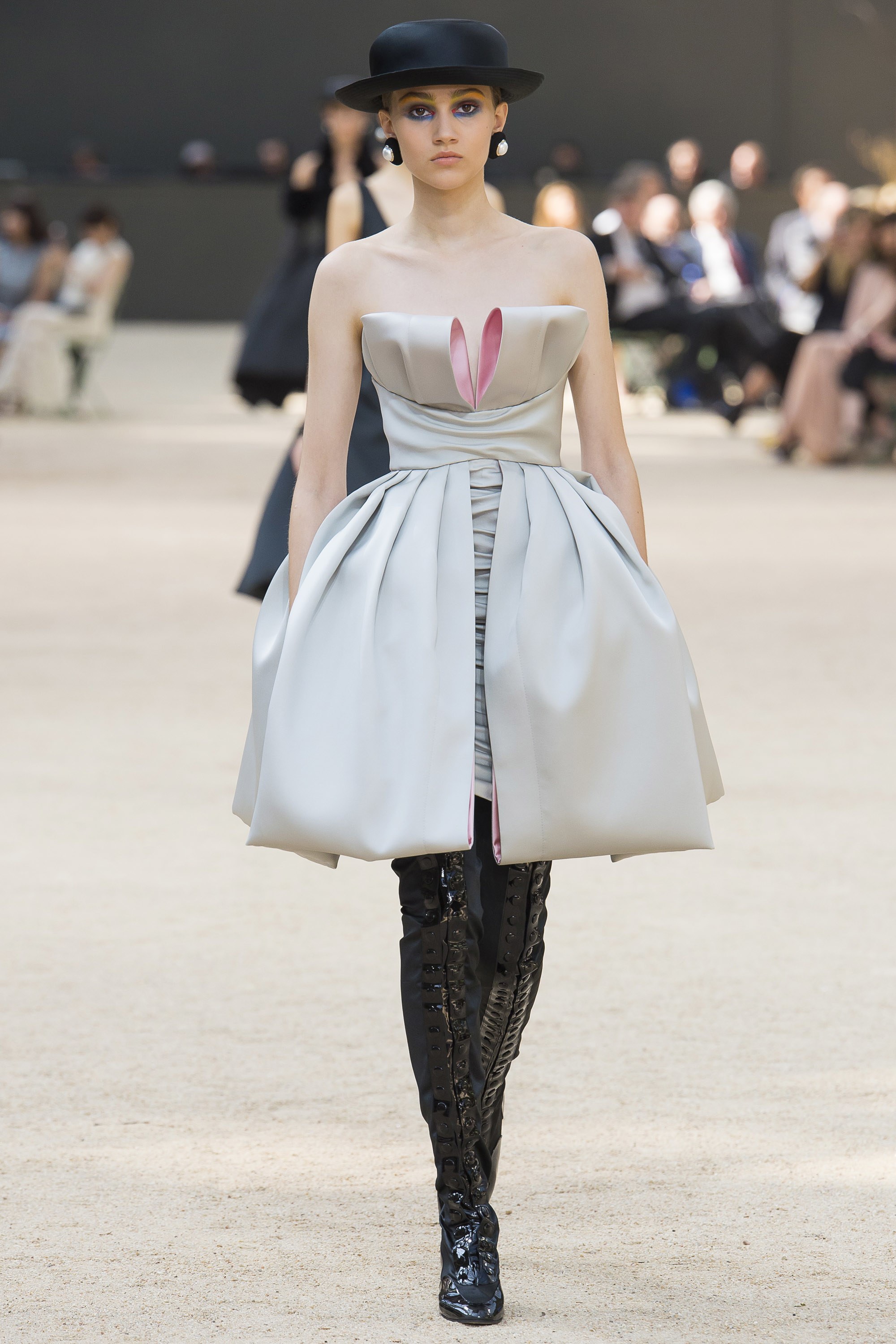 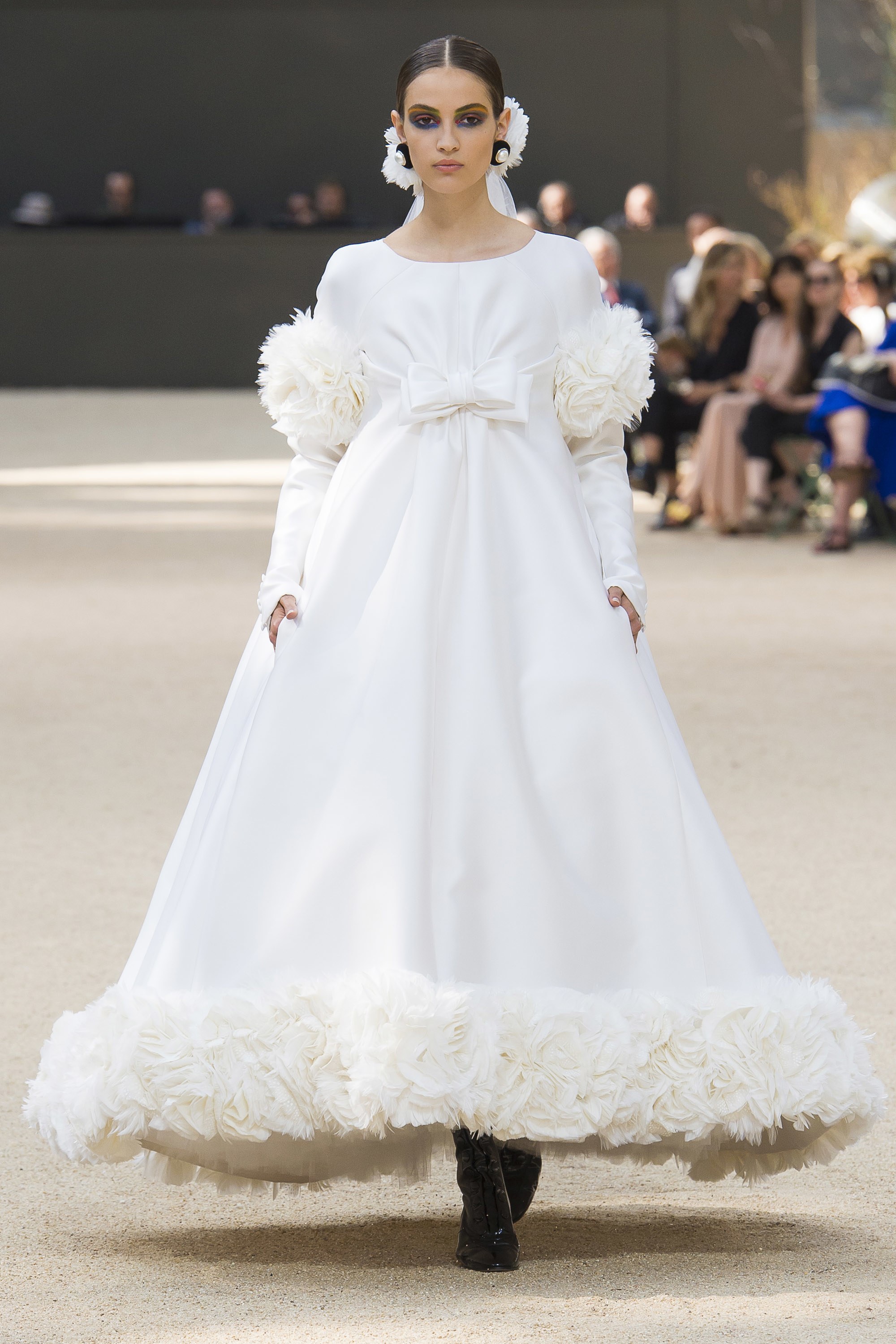