Margiela for today by Brendon John

Few days left before the end of the exhibition : Margiela, the Hermès years at Arts Décoratifs Museum in Paris, what is Margiela for today ?
.
Following the two exhibitions that have, over the past few months, brought new interest to Margiela the man, the myth, the legend [Margiela-Galliera], and while the documentary We Margiela [We Margiela] wends its way along the fashion film festival circuit with another documentary slated for release next year (entitled “Without compromise” and produced with the participation of the man himself) [Without Compromise] – maybe its time to look at what Margiela can teach us today.

First – consider that in a period in which the question of environmentally friendly clothing in the era of fast fashion and disposable outfits has come to the fore, Margiela’s signature structured and sustained reworking of garments stands out as a resolutely modern and forward-thinking act. This is evident in the repurposed catwalk floor that was used as fabric for his second collection as well as in the jersey constructed out of surplus army socks [Diy Margiela Sock Sweater], the stockman collection and perhaps most evidently in his 1993 black and white collection – entirely constructed out of costumes acquired from a defunct theatre. 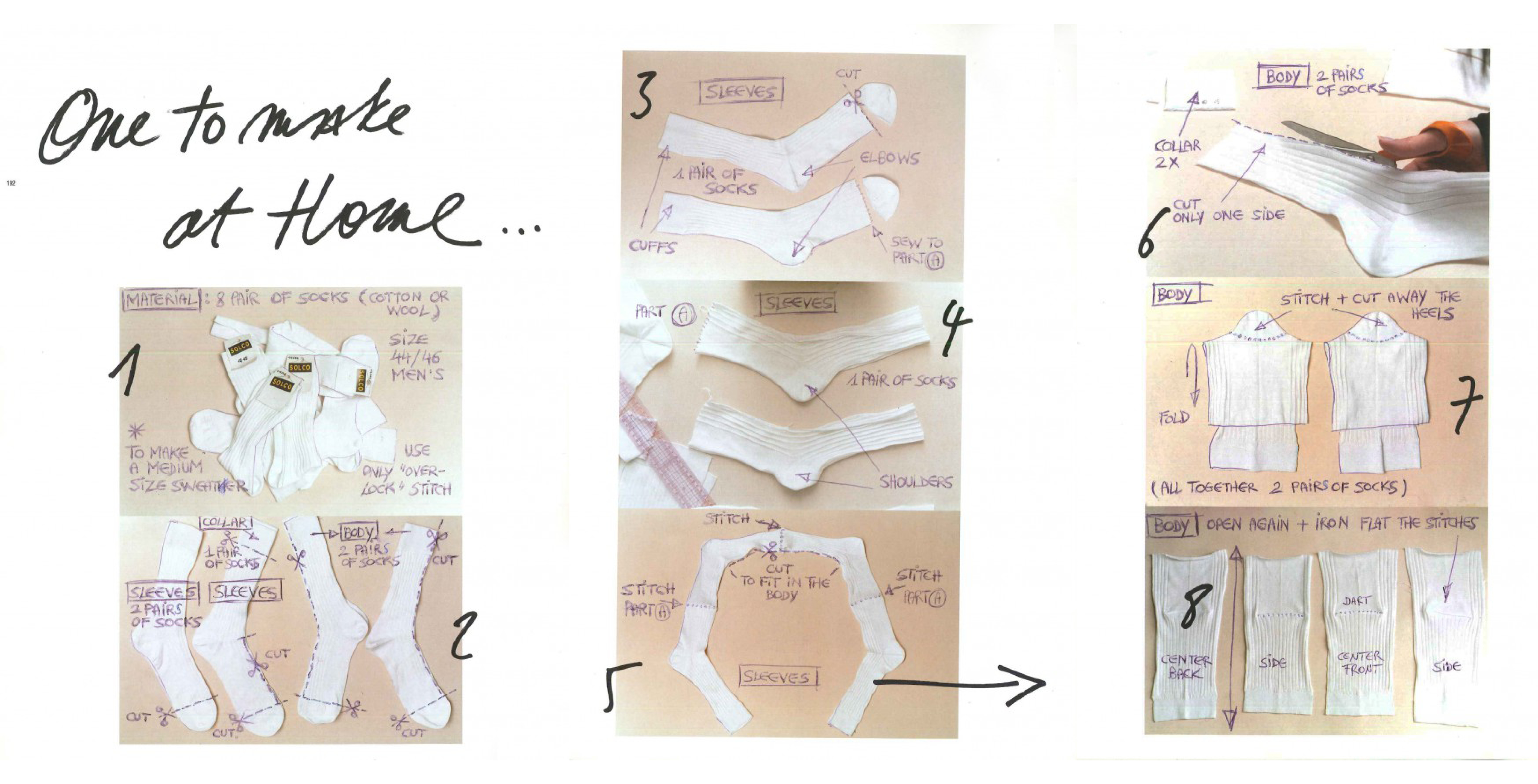 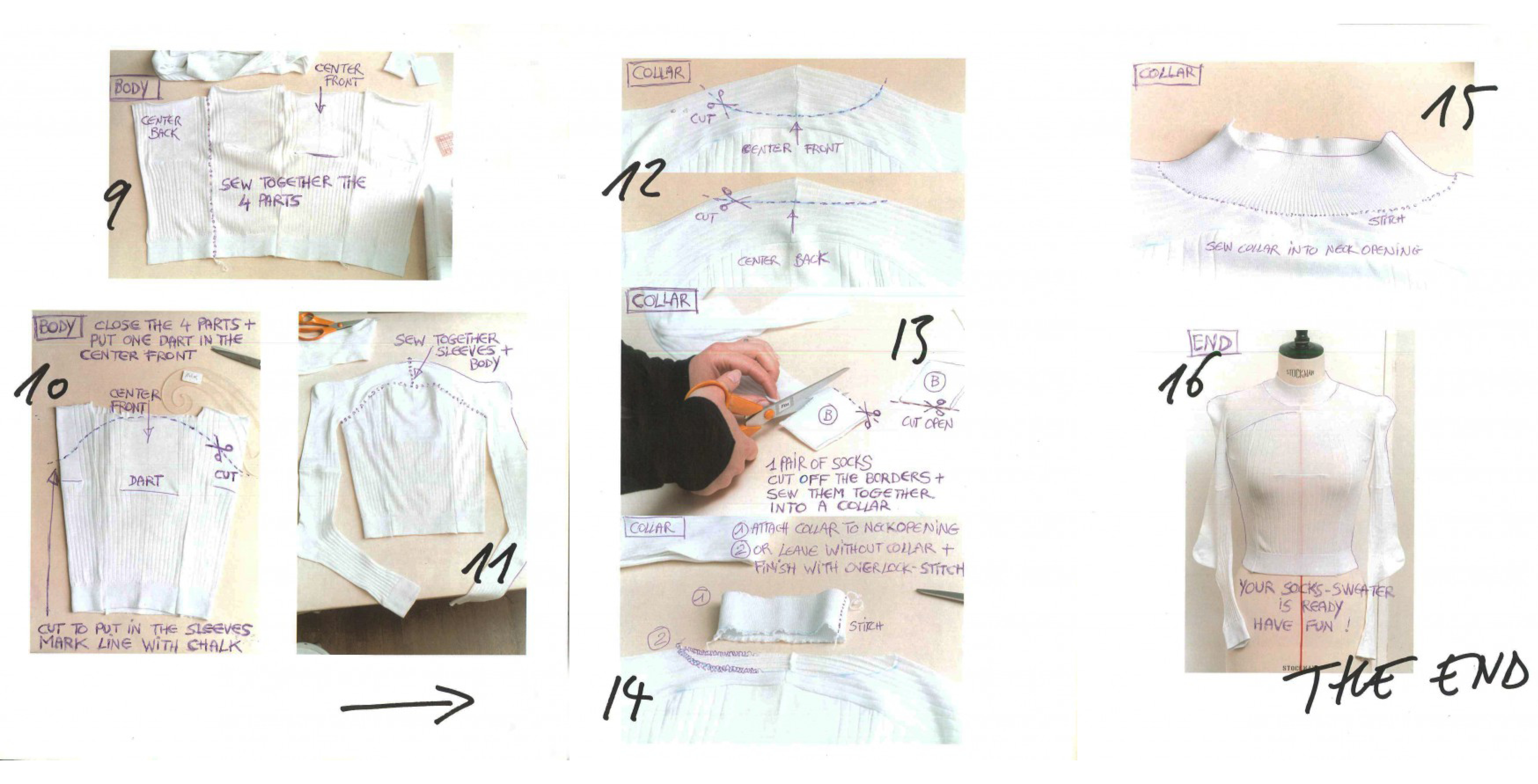 Now consider also that these clothes were comfortable and functional – the collections designed for Hermès being some of the best examples of this and if one ventures through the Margiela: The Hermès Years [Margiela The Hermès Years] exhibition you’ll read numerous commentators and colleagues describe precisely how easy Margiela’s clothes were to wear (the deep V neck of his pullovers were designed to be removable without disturbing the wearers hair).

His clothes are an alliance of form and functionality – even the tabi boot, which may seem uncomfortable at first glance, has hidden virtues in so far as it activates a key acupuncture pressure point. It also underwent a substantial amount of refinement – evident in a recent side by side comparison between Vetements’ version and Margiela’s in which the former pales in comparison looking every bit the knockoff albeit at three times the price.
. 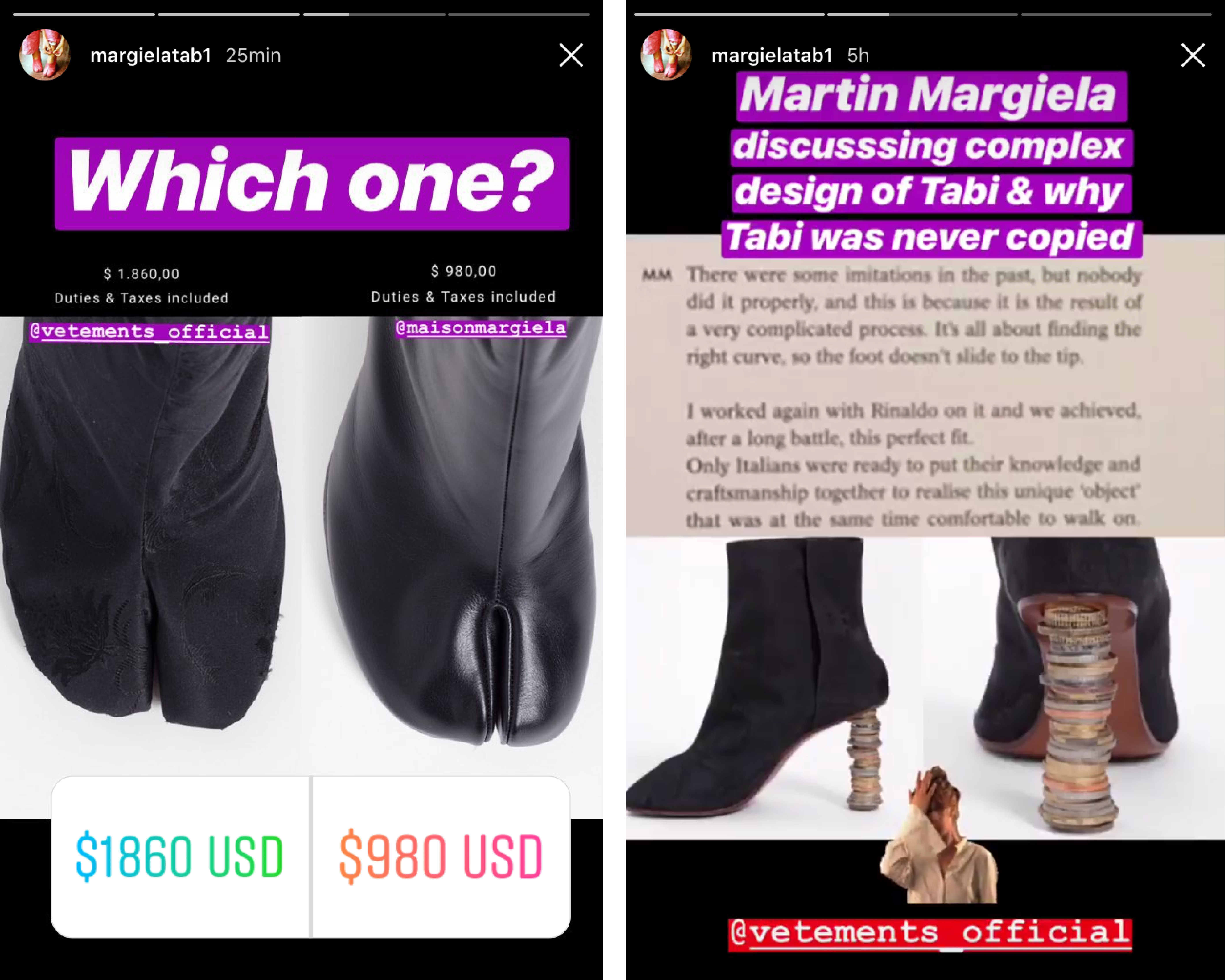 .
Margiela’s legacy is the production of something solid and true, something thoughtful and though provoking which, following the CFDA’s continued praise for mirage peddling influencers, we sorely need. Less is more: less waste, less superfluity, less trend hopping, more function, more respect for the clothing itself, more artisanry and less industry. And 25 years ago Margiela was already showing us the way forward.
.

CATCH US ON INSTAGRAM
Discover our new editorial: Interior Charm by @mrj

And a happy new year from À PART! ❤️ featurin

Time to exercice, in rythm with @elheyyy on Radio